History has recently been made with the first ever women’s 11 vs 11 kitted European tournament, which is taking place in Maracena, Spain.

On 31st July Team GB flew out to the host city and had to adjust to the scorching temperatures of over 30 degree heat.

Led by head coach Jim Messenger, the GB Women’s team has been in development for the past few years and they played their first international game in 2013 against Sweden, claiming a 27-10 victory.

Messenger has led a squad of 45 players and 15 staff to the tournament, made up of players from women’s teams throughout the UK such as the Manchester Titans, Birmingham Lions and the Teeside Steelers.

So far so good for the GB team, as they dispatched the favoured veteran side Germany in the first day of the tournament on 2nd August, in a 17-6 win. Linebacker Phoebe Schecter was named MVP (most valuable player).

On 4th August GB took on Sweden in their 2nd game of the tournament and laid down a dominating performance, with a strong running offense and a formidable defensive unit who forced several turnovers.

GB claimed the win 30-14 and booked themselves a spot in the final on Saturday 8th August. The whole offensive line unit was named the MVP for their control of the game.

Naomi is an experienced sports therapist who joined the Oxford Saints for the 2015 season and has provided excellent care and support to the Saints.

She is currently in Spain with the GB Women’s team patching up their hurt and she’s taken the time to reflect on her experiences so far.

“As you can see by the previous 2 games, the girls have done extremely well, baring in mind this is GB Women’s first appearance in an international competition. Beating Germany (2nd seed) 17-6, and Sweden today 32-14.”

“It’s a very different climate for the girls so hydration and reducing body temperature is key for game day. Having only a day of recovery between games is difficult as we all know what our knocks and bruises feel like the day after. We are working closely with the girls to help them recover as much as possible with therapy and hydro sessions.”

“We have a few days now until the final which gives them a chance to rest up. It’s a great experience being over here in Spain with the GB Women, with amazing support staff and coaches and of course such a talented group of ladies.”

“I am looking forward to the finals this weekend, and also for my return to the UK where I will be travelling to the Sussex Thunder with the Oxford Saints for the first round of the playoffs. It’s been a great season, a busy one for me, but proud of the boys for getting this far.”

“I am also fortunate enough to be travelling in September with GB Women’s flag for their European Championships.”

“Everyone at the Saints have been delighted by the professional and outstanding service provided by Naomi this year. She joined the team at the beginning of the service and her experience with other UK teams including GB Women’s has been invaluable.”

“We’re very pleased that we were able to secure her services for the 2015 season and we hope to continue working with her beyond this.”

View some of the excellent photos taken from the Great Britain VS Germany game on Flickr below. Hover your mouse over to see the navigational arrows.

Keep up with the team by following them on twitter @BAFAWomen and checking out their facebook page for more news and game updates! 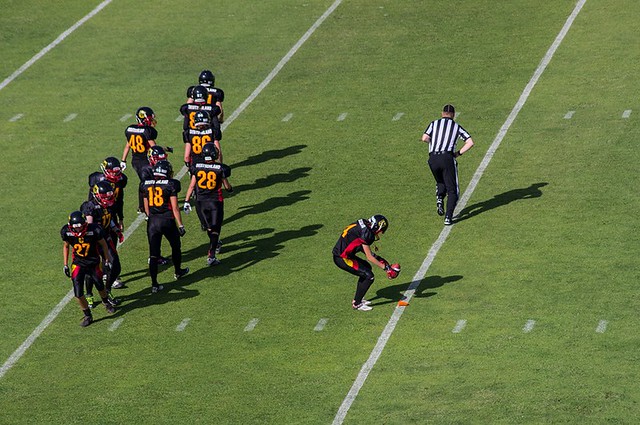